Our programme for young footballers starts with our Under 6 group which offers fun introductory sessions for boys and girls in Reception and Year 1. We always encourage our youngest members to join in the sessions for a few weeks before they become members.
Our boys teams don't play matches against other clubs until they enter the non-competitive section of the Derby Junior Football League at Under 7. All of our boys teams play in the Derby Junior Football League through to Under 12, and then move into the Derby City Football League from Under 13 to Under 18.
Training for most of our younger year groups takes place at Eyes Meadow in Duffield on Saturday mornings, although we also sometimes move to local all-weather venues for parts of the season.  Matches in the Derby Junior Football League take place at various central venues in Derby on Sundays (kick-off times vary). When teams move into the Derby City Football League at Under 13, there are separate leagues on Saturday and Sunday, and all games kick-off at 10.30am. All our teams in the Derby City League play their home games at Eyes Meadow in Duffield.
Information about our current boys teams is listed below. We welcome players of all abilities, and if you are interested in finding out more about joining, please do contact us via this link. 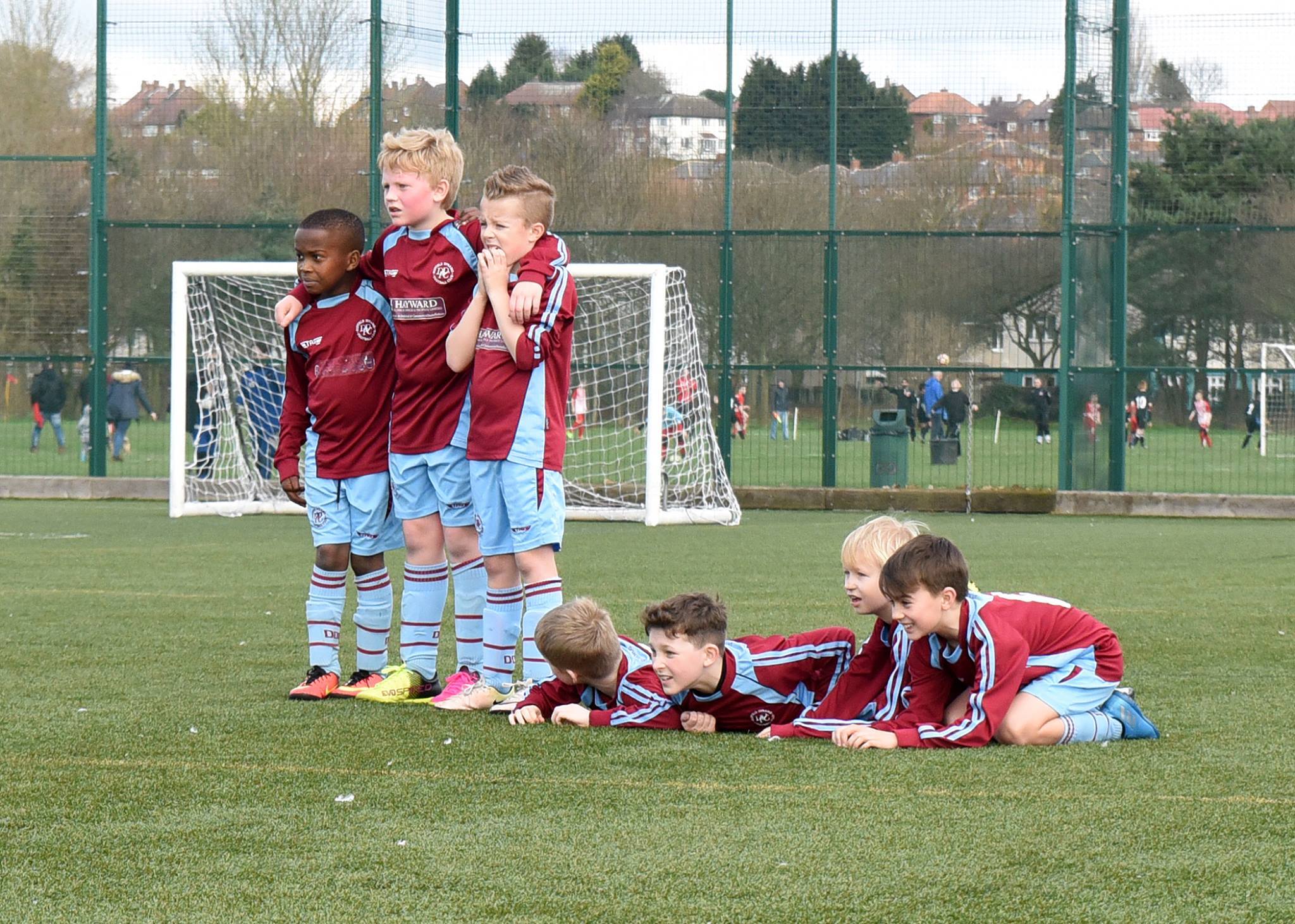 Keep in touch with what's going on at Dynamos through our Facebook page, which you can link to here.

We are entirely dependent on voluntary support, and always need more help. No football experience is needed for many of our roles, and if you could spare up to an hour a week to help we'd love to hear from you. Click here to contact our Chair Dave Abbott to find out more.

Download our current leisure and training wear brochure here, and place an order through your team manager.